Rhinoplasty - learn about your options 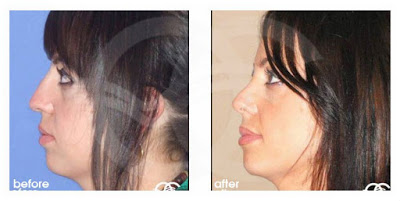 Unhappy with Your Nose? What are your rhinoplasty options?

If you don’t like the way your nose looks, you’ve probably spent a long time wondering if you should do something about it - and, if so, what?

It can be difficult for people to tell what actually needs to be done to their nose to improve its appearance. In this article, we’ll help you understand the most common reasons people are unhappy with their noses - and the best rhinoplasty options to correct them, including non-surgical nose reshaping.

If your nose is too big

An ideally proportioned nose is one that’s in harmony with the rest of the facial features. If a nose projects too far out, it will look off-kilter and be very noticeable. To assess if the nose is too big, vertical and horizontal measurements are taken. The horizontal measurement is then divided by the vertical measurement. The optimum range is 0.55 to 0.60.

To reduce the projection of the nose, a reduction rhinoplasty is needed. The procedure involves removing some cartilage and filing down the bone to bring measurements into the optimum range.

If your nose is too small

If your nose falls below the ideal 0.55 to 0.60 size range it can also look out of proportion (according to Caucasian facial proportions). The projection of the nose can be increased non-surgically by injecting dermal filler (with the result lasting 12-18 months) or surgically, with a dorsal augmentation.

A dorsal augmentation uses either a nasal implant or -preferably - your own septal cartilage to build up your bridge. If you don’t have sufficient cartilage, a rib or bone graft can also be used.

If your nose is too long

To analyse if the nose is too long for a face, cosmetic surgeons divide the face into three equal sections horizontally. If the nose extends lower than the middle third of the face then it is too long. This is usually caused by an overly large nasal tip and/or hanging columella (the bit between the nostrils).

The angle of the tip of the nose (the amount the nose is turned up) also plays an important role. Measured from the lip up, the ideal range of rotation is 90 to 100 degrees for men and 95 to 110 degrees for women. A female nose that is rotated less than 90 degrees to the face looks droopy, long and masculine.

If the over-projection of the nasal tip is modest, the appearance can be improved by placing a small amount of Injectables at the base of the nose in between the nostrils, or possibly into the nose tip itself. This relaxes the fibres of the depressor muscle that pulls the nose downward and lifts the nose for 4 to 6 months.

Where a greater uplift is needed, or the nasal tip/columella needs to be reduced in size, excess tissue can be removed during nose surgery and sutures can be placed to alter the angle of the nose.

If your nose is too short

A short nose is one that is too turned up or what is called ‘over-rotated’. It can result in very visible nostrils giving the appearance of a ‘pig nose.’ A mildly over-rotated nose can be improved with dermal filler injections into the bridge. These can soften the appearance and create the illusion of a more proportionate nose.

But for more severe over-rotation, a specialised plastic surgery technique called derotation or counter-rotation is needed. A derotation rhinoplasty procedure requires a cartilage graft (sourced from the septum or rib) to lengthen the nose and correct the position and rotation of the nasal tip.

If your nose is too wide

The ideal width of a nose differs according to ethnicity. For Caucasians, the optimal measurement is considered to be one-fifth of the total width of the face. A wide nose will usually be caused by a flat and broad nasal bridge but it can also be contributed to by a bulbous or thick nose tip and flared nostrils.

The width of the nose cannot be shrunk without rhinoplasty surgery but dermal fillers can add volume and give an illusion of a smaller nose bridge by adding more height. To treat a wide nose surgically, a medial or lateral osteotomy is performed. A medial osteotomy is the reshaping of the midsection of your nose, while a lateral osteotomy involves chiselling the outer, longer sections of your nose bone.

In some cases, both techniques may be combined to produce an overall narrower appearance of the nasal bridge. Rhinoplasty to reduce the size of the nasal tip and width of the nostrils (alarplasty) might also be included. 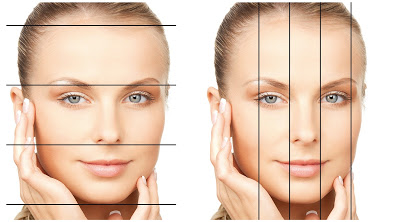 If your nose is too narrow

A narrow nose can be due to a narrow bridge or a narrow tip. A narrow bridge is often caused by a dorsal hump and can be easily corrected by filing down the bone to give a flatter appearance. However, sometimes it’s due to collapsed nasal bones or cartilages and, in these cases, spreader grafts are needed to widen the area.

Meanwhile, a narrow or pinched tip can be corrected by using grafts to rebuild the proper cartilage support of the nose and nostrils. Where cartilages in the tip are overlapping, soft tissue spacer grafts can be placed to separate them.

There are non-surgical nose reshaping possibilities, though. For some patients, the use of dermal fillers can enhance volume in different parts of the nose.

If your nose is bumpy or wonky

A bumpy or wonky nose is caused by a dorsal hump and/or a deviated septum. These can occur naturally or through trauma - a broken nose can result in a dorsal hump if the cartilage and bone heal unevenly.

A dorsal hump can be treated non-surgically using filler above and below the bump to smooth out the transition and make the bump less noticeable. The drawback is that because you are adding volume to the nose it can make it appear bigger. Also, the injections have to be repeated every 12-18 months.

If the bump is small, it can be filed or shaved down, which avoids having to break the bones of the nose but for larger dorsal humps, osteotomy is necessary. This involves making small cuts to the nasal bones where they meet the cheek so they can be repositioned.

Septoplasty is the usual way to repair a deviated septum. During septoplasty, your nasal septum is straightened and repositioned in the centre of your nose. This may require your surgeon to cut and remove parts of your septum before reinserting them in the proper position.

Getting the right treatment for your nose

The truth is, getting a perfectly sized and shaped nose for your face may require a combination of revisions. The best way to find out is to have a consultation with a plastic surgeon who can examine your nose and assess it in relation to your other facial features.

Even if you have a clear idea of what you’d like to achieve, a surgeon will be able to advise what’s actually possible, taking into consideration your anatomy, skin type and overall health. At our plastic surgery clinic, we can advise on both surgical nose correction and non-surgical nose reshaping for changing your nose.