Excess breast tissue in men, known as gynecomastia, can be painful and for most patients an aesthetically unacceptable condition. The growth can be either glandular (true gynecomasty) or due to hypertrophy of the fat tissue behind the nipple (pseudogynecomasty). If you touch your nipple area, you are most likely to find an indurated area behind it, a couple of centimetres in diameter. At any rate, most men ask for surgical correction as, beside the possible oversensitivity / pain to the nipple, the resemblance in appearance of feminine breast causes considerable emotional distress. The goal of surgery is an immediate reduction of symptoms and restoring of masculine and symmetric chest contour.

What to know before Gynecomastia 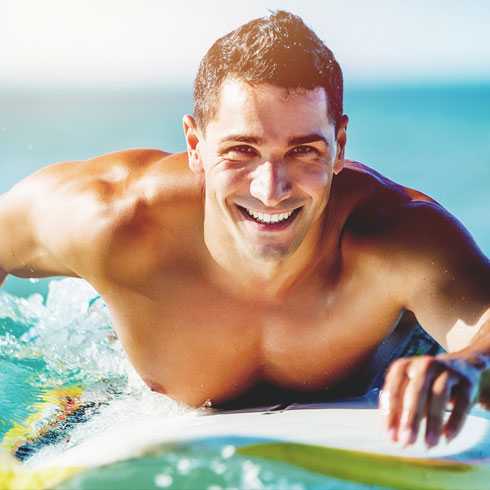 The causes of gynecomastia can be numerous. The most common is the idiopathic form, i.e. there is no clear and unique medical cause to be found. More often the causes are endocrinologic disorders, massive weight change, abuse of diverse addictive substances, medical drugs, anabolic etc. Less likely is the presence of certain hormone producing tumors (testicles). In case of doubt, this form of gynecomastia should be evaluated by sonography and its cause addressed by related specialities like endocrinologists.
Excision of the glandular tissue beneath the nipple is the most common treatment. The scar is semicircular in the hyper pigmented area of the areola and virtually invisible.

Liposuction is often an additional measure in order to achieve a harmonic and symmetric chest contour. Further improvement is often advantageous as skin shrinkage occurs during the following weeks and months after the intervention. In case of pseudogynecomastia, a liposuction through a stab incision of 2 mm may be sufficient.

Periareolar mastopexy or periareolar breast uplift
May be necessary in more advanced forms of gynecomastia, where the skin is not likely to retract post-operatively. In this case a circle of skin will be excised around the newly formed nipple. The nipple itself will be adjusted to its naturally oval shape and reduced in size. In this case, the scars are exactly between the hyperpigmented ring of the areola (red) and normal skin, hence barely noticeable.

Apart from the pain having gone, I enjoy wearing slim t-shirts.

After your surgery and beyond…

The Ocean Clinic is dedicated to avoiding any unnecessary pain. We routinely perform a temporary local nerve block of relevant sensory nerves, thus considerably lowering the pain in the early post-operative period. With an additional combination of one or two painkillers, you should be free of pain. Our suturing is resorbable; there is no need to remove stitches. Postoperative lymphatic drainage is advisable after this kind of procedure.

We will provide you with a compression garment to be worn for about 4 to 6 weeks. Do not lift any objects beyond 5kg and avoid sports involving weights during this period.
There are non-specific risks that are connected to any kind of surgical procedures like hematoma, infection, seroma. Contour irregularities are rare and might occur particularly in patients with thin skin and loss of elasticity. It is paramount to choose the individual technique tailored to each patient’s conditions. Tell your surgeon about your general health conditions and any medications you regularly take.
Residual pain is very rare.
In case of pseudogynecomastia, i.e. there is no glandular tissue present but excess of fat only, liposuction alone can be sufficient.
Over hundreds of male breast reductions and remodeling performed in the course of past 10 years. We perform our specially developed peri-areolar suture technique (if necessary) in order to minimize the appearance of scars. Our after treatment relies on an inter-disciplinary program for post-operative scar treatment. We are mostly performing simultaneous liposuction in the surrounding areas, such as the rest of the chest, flanks and the area frontal to the axilla for a better aesthetic result and have no need for drains in most cases. 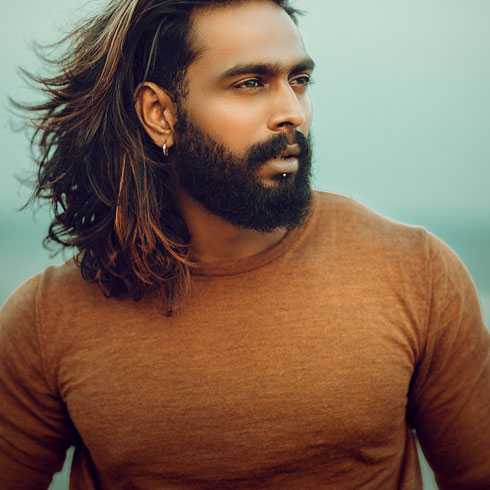 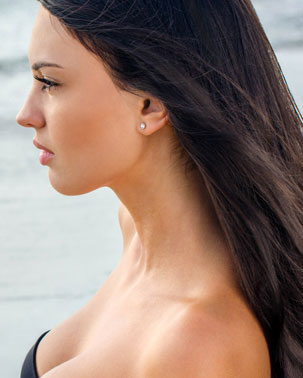