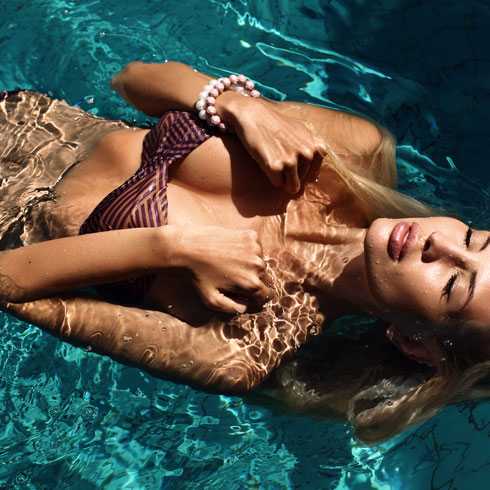 Breast reconstruction with autologous (your own) tissue or with silicone implants is one of the essential procedures in reconstructive surgery. The breasts are a symbol of femininity and beauty; loss or alteration of their appearance due to cancer or other reasons is a very traumatizing situation for many women. With the advent of modern reconstructive techniques, breast reconstruction - after full or partial amputation of the breast (mastectomy) - has become more standardized and successful, restoring quality of life quality for many patients.

What used to be performed as a two-stage procedure is nowadays, in many cases, a single multi-disciplinary operation consisting of partial or full mastectomy and immediate breast reconstruction. In order to achieve the best possible results, the reconstructive technique must be carefully chosen together with the patient.

There are a multitude of breast reconstruction techniques. The correct choice is primarily defined by the nature of the tumor and/or the extent of breast amputation (e.g. skin-sparing or nipple-sparing mastectomy, lumpectomy etc). Furthermore, the patient’s preferences play a crucial part as well as availability of own tissue, planned radiation etc.

Your breasts can be reconstructed by your own body tissue, known as ‘flaps’ from surrounding or more distant parts of the body. One classic area, i.e. pedunculated flap, is the large dorsal muscle which is commonly combined with a silicone implant. Flaps from other parts of the body, which necessitate the microsurgical anastomosis of the vessels, can be DIEP flap (tissue transfer from lower part of the belly), the PAP flap or gracilis muscle (from upper thigh) amongst others.

Advantages and risks: Being made from your own tissue, complications related to foreign body reactions like capsular contraction do not occur, and the breast are more natural in touch and appearance. However, it often requires multiple surgeries until a final and symmetric outcome can be achieved. Furthermore, it necessitates a surgical procedure on another part of your body, such as tummy or upper thigh, resulting in additional scars. It is often a prolonged surgery with prolonged hospitalization.

Reconstruction with an implant:

This is commonly performed and a popular choice as it does not require surgical procedures on other parts of your body in order to reconstruct the breast. It may be combined with the implantation of a cellular matrix (ADM), which is a tissue envelope acting as an internal bra for additional support. Furthermore, with an enormous selection of size, shape and consistence of various implants, a careful choice can result in a good, natural and symmetric result.

Advantages and risks: The first choice is often the ‘skin-sparing’ mastectomy (removal of glandular tissue only without excessive skin resection). If more excessive excision of skin is performed, an expander may have to be used first (see below). An advantage of breast reconstruction with silicone implants is the simplicity of the procedure compared to autologous flaps. It is a shorter operation with less hospitalization time and a quicker recovery. Furthermore, if patients should change their mind in the future, the implants can always be removed, altered, changes or replaced by autologous tissue.

In certain cases, additional fat grafting may be a good option for optimizing the contour, volume, shape and coverage.

Nipple reconstruction represents a final but essential step in breast reconstruction. It can be performed by means of a local skin flap or grafting from the other nipple, resulting in a natural and proportional nipple. The areola itself can be tattooed by a professional medical tattooist. Lately, 3-D tattoos of the nipple itself has gained in worldwide popularity.

How are the scars from breast reconstruction?

During reconstruction the previous scars made by the mastectomy can be re-used, or, if it is a single-stage procedure, the implant can be inserted via this same access point. If the skin envelope is not sufficient, an expander - a kind of inflatable temporary implant - is implanted during an initial procedure. After the scarring is firm enough (about 3 weeks), the expander will be periodically inflated with saline solution until the desired size is achieved. By filling the expander, the overlying skin will grow accordingly as well. Once the desired size for the final implant is achieved, the expander will be exchanged for the silicone implant. For additional support, an acellular matrix (ADM) or artificial mesh may be implanted using the same procedure. The selection of the appropriate implant is crucial, the considerations are similar to aesthetic breast augmentation.

The Ocean Clinic is dedicated to avoiding any unnecessary pain. We routinely perform a temporary local nerve block of relevant sensory nerves, thus considerably lowering the pain in the early post-operative period. With an additional combination of one or two painkillers, you should be free of pain. Our suturing is resorbable; there is no need to remove stitches. Postoperative lymphatic drainage is advisable after this kind of procedure.

We will provide you with a special bra to be worn for about 4 to 6 weeks. Do not lift any objects beyond 5kg and avoid sports involving weights during this period.
There are non-specific risks that are connected to any kind of surgical procedures like hematoma, infection, seroma. Avoiding smoking for 1 month prior to surgery and 4-6 weeks post-surgery enhances the wound healing process. A careful evaluation of additional risks, such as past or future local radiotherapy, is paramount. Accordingly, the right strategy and timing must be planned and coordinated with the other specialists involved. The correct planning is crucial in order to minimize the risk of loss of an implant, skin loss and\or loss of the flap. Tell your surgeon about your general health conditions and any medications you regularly take.
Working in a university hospital setting before, we have an extensive experience with both, autologous and implant-based breast reconstruction. We believe that an explicit informed consent and a careful evaluation of all contributing factors is crucial for choosing the right reconstructive strategy. Breast reconstruction is all about optimal treatment concepts and right timing. In cases where both strategies (autologous or implant-based) are possible and the patient remains indecisive, our recommendation may be go for breast implant option (often combined with fat, matrix and/or mesh). 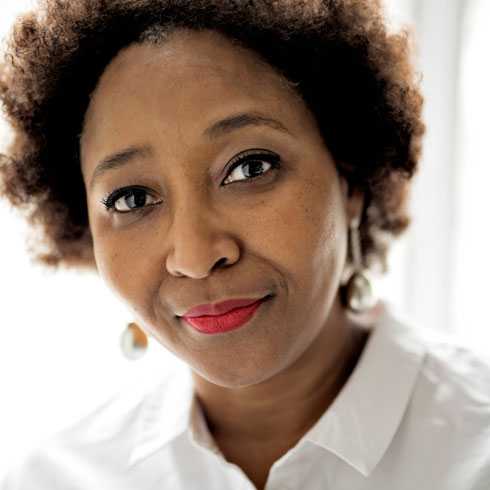 Three months have passed since my last surgery, and I can hardly believe the results — better than I ever wished for. My breasts are even-sized for the first time in over 10 years. Many thanks for caring, for your professional work and for giving me back my stride. 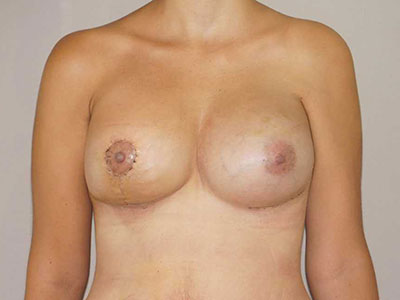 Before and after photos 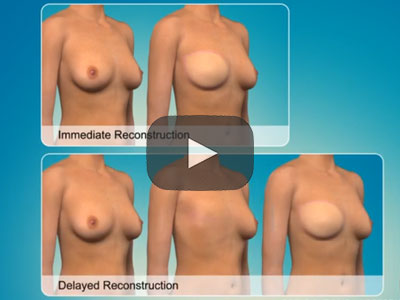