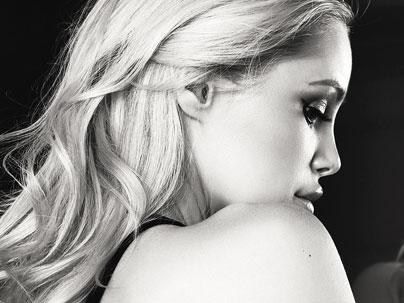 Study shows temporal fillers can lift & volumize other regions of the face...

Soft tissue filler injections are constantly on the rise in popularity due to their effectiveness in alleviating the signs of facial aging.

Every patient requires a tailor-made treatment as needs, severity, and expectations all vary considerably from person to person.

Generally, the aim of an injectable filler treatment is to increase the volume of a particular area of the face. It is not often that the effects of this injection on the rest of the face is recognised or realized. This can be due to limited knowledge of how particular regions of the face can affect others, or because usually it is applied to the target area and so this is what is under assessment.

A separate, recent study by Gabriela Casabona and colleagues revealed the effects of injecting filler into regions of the face in a specific order, the order used reduced the amount of filler required in subsequent areas as well as improving the overall result. Another study found that injecting particular areas of the temple region had a lifting effect in the mid and lower face, plus the jawline.

The following study was carried out to investigate the facial volumizing and lifting effects of fillers applied to the temporal region.

Typically when fillers are applied to the face the outcome is more or less predictable, the site where the fillers are injected becomes fuller - more voluminous. However, recently, new techniques have emerged for targeting the temporal region (area of and surrounding the temples) which have been noted to have aesthetic outcomes beyond the temple itself.

This study was designed to quantify, or measure, just how much effect the three different temporal injection techniques (using hyaluronic acid-based soft tissue filler) had across the entire face.

Fourteen cauacasian patients’ (between the ages of 39-62) post-filler results were analyzed and reviewed to note the effects of the techniques used; injections were applied to three different layers of the skin (supraperiosteal, interfascial* and subdermal) in the temporal region and the assessment was given in terms of increase in the temple volume, the visibility of the temporal crest, the visibility of the lateral orbital rim, the eyebrow positioning, the severity of the lateral canthal lines (crow’s feet), the volume of the mid-face, and the contour of the jawline.

To achieve the results from the study there were eight ‘scores’ given when reviewing the patients’ records. Images from various angles were used to retrieve the scores. Before, directly after, and four weeks after the treatments the same angled photographs were taken of each patient and evaluated by the physician treating the patients, the patients themselves, and two experienced, medical independent observers. The treatment consisted of the three different injection techniques performed during one treatment session, using the same sequence of injections and the same amount of the same filler.

The results of this retrospective image analysis confirmed the exceptional role of temporal soft tissue filler injections for aesthetic facial treatments. The primary goal of the treatment was in fact correction of the temporal region, following this anatomic regions in close proximity to the temple were assessed, including the temporal crest and the lateral orbital rim (closer to the eye). The forehead, the periorbital region (around the eyes), and the midface were then assessed for any improvement. This is where the brow position, crow’s feet, and lower cheek fullness scales were evaluated. Following this the jawline contour was evaluated. All the scores noted from these anatomical assessments contributed to the analysis of the local, regional and panfacial influence (effect) the three techniques had.

The results showed that the supraperiosteal injection technique had the greatest influence on improving temporal volume, the temporal crest and the lateral orbital rim when compared to the other techniques. This is most likely due to the fact that the product is administered deeper into the temporal fascia in this treatment.

When analyzing the inter fascia injection technique, this was found to improve temporal hollowing but had a greater impact on the crow’s feet, and an even bigger effect on the eyebrow positioning. It also had a significant effect on the midface as well as the temporal crest visibility but no change in the lateral orbital rim. It just shows how important the anatomical understanding of the face is when applying injections, the location of the product vastly affects the response by the rest of the face. For example, the inter fascial technique is applied superficially to the deep temporal fascia which can therefore influence the position or tension of the overlying fascia…this fascia is also linked to muscle which will be affected by the application of the soft tissue filler. Knowing such effects is the science and knowledge being acquired by such studies. These new findings can deliver far greater precision, accuracy and more specific results whilst using less product.

The subdermal product placement in the superior and posterior temple had its greatest effect in the lower face by improving the contour of the jawline, followed by the lateral midface where the lower cheek fullness scale was improved. Slight influences were detected in all of the other scores except in the visibility of the lateral orbital rim. This evaluation reveals that the sub-dermal injection technique can also induce aesthetic effects beyond the temple and into the lower face.

From these results the study group concluded that in future, injection algorithms could potentially combine the three injection techniques to provide a multi-layered approach, tailored to accommodate the individual patient’s aesthetic requirements.

*Patient data were eligible for review if the following criteria were fulfilled: Treatment for bilateral aesthetic temporal volume loss with minimally invasive procedures, no additional facial soft tissue or neuromodulator treatment during the evaluation period, complete post treatment assessment scores, and evaluation of the aesthetic outcome by independent (the non-injecting) physicians and the patient themselves after the treatment. This study (retrospective data analysis) was conducted in accordance with regional laws (Brazil) and good clinical practice. Patients unwilling to provide access to their medical records were not included in this analysis.

*The fascia is the overlying tissue over a muscle or bone.

*All the studies mentioned above provided plausible evidence that the lateral face and especially the temporal region have the potential to influence the middle and the lower face if injected with hyaluronic acid–based soft tissue fillers.

For more information on our aesthetic department or for a consultation please contact us at Ocean Clinic Marbella.