Why Are Eyelid Surgery Patients getting younger? The late 20s are the new over 50s when it comes to upper blepharoplasty. 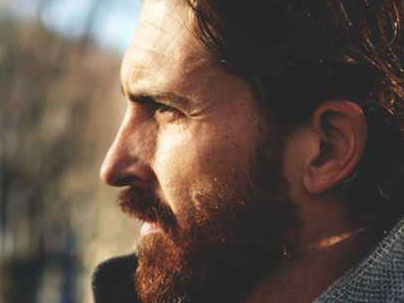 What is Upper Blepharoplasty?

Upper Blepharoplasty, also known as an eyelid lift or eyelid surgery is one of the top five most performed cosmetic surgical procedures around the globe. The surgery involves a delicate incision, and the removal of a slither of skin on the upper eyelid. The space provided by the removal of the skin serves as the base for the lifting of the remainder of the lid, the incision is secured with tiny sutures. Patients, both male and female (blepharoplasty is a highly popular choice in male patients) requesting upper blepharoplasty tended to range between the ages of 50-75 as the ageing process affected the weight, laxity and skin quality of the eye lid. Some cases in younger patients were due to genetics and having excess skin in the region however in recent years the number of under 45s opting for the procedure has surged. So what has prompted this increase in younger patients?

Upper blepharoplasty is a surgical procedure, the idea of which is generally less popular in younger patients who tend to opt for the non-surgical options before considering surgery. There are non surgical cosmetic alternatives to the surgical option however none that are as effective and long lasting. This does not negate the fact that under 45s were far less concerned with their eyelids and so we still haven’t uncovered why upper blepharoplasty is trending with the youth. A lot of recognition points to the fact that during COVID many people were affected by the ‘Zoom-effect’, constantly communicating by way of video calls which entails being able to see your own appearance up close and personal a lot more of the time. The Zoom-effect caused anxiety, depression and raised self-consciousness considerably. This heightened awareness of our appearance has definitely spiked the trend, as well as the simple fact that the eyes were all that was visible whilst wearing a mask, so these were the main focal points for improvements. Mask wearing also gave way to healing from surgery in private even when out in public! This could explain some of the rise in requests for surgery for under 50s but not all, the trend was apparently on the rise before COVID struck, so some could be pinpointed to being knock-on effects from the virus but it is not the only reason.

Is this just The New Normal?

So what other reasons are there for younger patients requesting more invasive procedures? One perspective is that the cosmetic improvement world is so much more available these days, it is more accessible, more ‘normal’ - as a collective we are far more aware of it. Cosmetic injections, fillers, and noninvasive treatments are being used more and more as preventative methods for anti-aging rather than restorative and therefore the patients are younger than in previous years. With this becoming the new normal, it is not surprising that procedures such as eyelid lifts are becoming the next step for younger patients, they wish to maintain their youth rather than attempt to turn back the clock once the ageing process has become apparent. If you were born with heavy or hooded eyelids this can speed up the ageing process as the excess skin will become heavier over time, this is another prompt to maintaining a youthful look earlier on and beginning the removal of the excess at an earlier age - before it starts to sag more.

The stigma behind plastic surgery is slowly dissipating, the idea of altering your appearance surgically is becoming far more acceptable in society and as techniques, practices and procedures become more advanced, the results are less obvious and the desire to maintain a natural look more achievable.

Celebrities are of course an influence in such procedures becoming more popular, as well as this, the enormous rise in popularity of TikTok, Instagram and other social media sites makes every day people into minor celebrities, or influencers, the majority of which are young and highly focussed on their appearance - thus inspiring their followers to do the same.

The rise of the ‘fox-eye’ look has a lot to do with surgical requests by younger patients - that feline lift at the outer corners of the eyes is achievable with a lift rather than make up. Though many times this effect is overdone and can leave a person looking as though they are squinting or pulled too tight. An experienced surgeon or practitioner must be highest on the agenda when it comes to considering any form of surgery, for more information please contact our clinic to discuss.

There is such an onus on makeup and trends within the cosmetics world that having a hooded eyelid or not having clean palette around the eye to work with is undesirable. For a younger patient the results of an upper blepharoplasty are pretty discreet but at the same time highly effective in offering a brighter, wider eye shape and more defined lid.

Younger people do not seem to be concerned with the notion that, if they opt for a blepharoplasty at a young age, it is quite possible they’ll need to have another procedure done further down the line as the ageing process is not halted completely by their initial surgery.

Keeping the face looking as natural as possible is definitely one of the main goals in the current trend of aesthetics, and so a plus for younger patients is that they can go for smaller procedures to aid with anti-aging which can go undetected. They may not yet be good candidates for surgery and their are minimal invasive alternatives that are very natural looking and appear over time - such as radiofrequency treatments, dermal fillers, muscle relaxants, biostimulators or a combination of treatments to suit the individual.