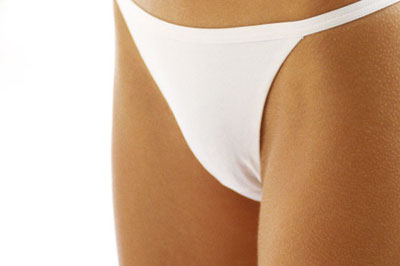 What exactly is labiaplasty and why are more women seeking out this treatment?

Vaginal labiaplasty has been in the news a lot recently. The procedure is rapidly growing in popularity, with the American Society for Aesthetic Plastic Surgery reporting a 49% increase in labiaplasties performed in the US during 2014.

Meanwhile the National Health Service in the UK has registered a five-fold increase in labiaplasties, labial reduction surgery, in the last 10 years.

A labiaplasty is a broad term for a variety of techniques used to remove excess labial tissue - the flaps of skin either side of the vaginal opening. It can be carried out to reduce the size of the labia minora (inner lips) and/or labia majora (outer lips) for both aesthetic and functional reasons.

Labiaplasty is sometimes combined with other intimate surgeries, namely vaginoplasty (tightening of the vagina) and hoodectomy (unhooding of the clitoris).

Why would you want labiaplasty?

There are a number of reasons women choose to have labial reduction surgery:

Vaginas come in all shapes and sizes and it is completely normal to have ‘uneven’ labial folds, where one is larger than the other, or for the inner lips to protrude out.

However, where the labia becomes particularly large or stretched – either as a result of normal development, labour or age - it can cause both physical and psychological distress.

In this case, a labiaplasty can be performed to reduce the size of the labia and help address the patient’s concerns.

What happens during the procedure?

Labiaplasty can typically be performed under local anaesthesia only or combined with a sedation (twilight sleep) and takes from 1 hour (labiaplasty only) to 2 hours (combined with other intimate procedures. The surgery is performed either with a scalpel or laser and there are two main techniques:

Trim / Edge method: this involves taking away excess labial skin in one continuous incision along the length of the labia. It is quicker and simpler to perform but leaves a longer scar, which might take longer to heal.

Wedge method: this is a longer, more difficult operation, which involves a shorter incision across the labia rather than along its edge. Because it preserves the edge of the labia it can produce a more natural looking result, but is not indicated in every case.

When carrying out labiaplasty, care must be taken not to remove too much tissue and expose the very sensitive tissue of the clitoris, which could result in discomfort or loss of sensitivity. In addition, the surgery must not impair the function of the labia minora, which is keeping the vagina moist.

How long is recovery?

The surgery is done on an outpatient basis, which means you return home shortly after the surgery. Patients have little post-operative discomfort and are usually back to work in two days without difficulty.

The incisions are sealed with dissolvable stiches and heal quite quickly because the vagina is a very vascular area. Sexual intercourse and exercise can normally be resumed within 2-4 weeks.

Will I be happy with the results?

A recent study of vaginal labiaplasty carried out by Albany Medical Center concluded that the procedure carries high satisfaction levels.

The review included data from 19 articles and nearly 1,950 women and found that the women had a satisfaction rate of 94 to 100%. It also found that complication rates were low.

You can view before and after photos of vaginal labiaplasty surgery carried out by Ocean Clinic Marbella.

How much does it cost?

The cost will vary depending on the exact requirements of your treatment, but labiaplasty typically costs between €1,500 to € 2,000.

If you would like to find out more about labia reduction or other intimate surgeries, please contact Ocean Clinic Marbella for your free consultation.