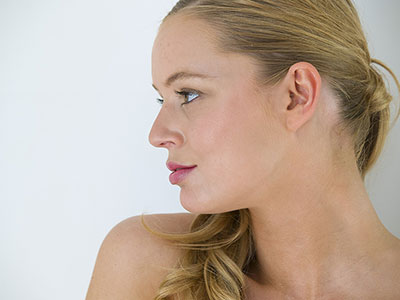 When we think of ageing we don’t normally think about ears but it’s a part of the body that also suffers from the effect of time.

Ageing earlobes can become loose, saggy and wrinkled, so earlobe rejuvenation surgery is often included as part of a face lift. However, it can also be performed as a stand alone procedure. It’s a very simple way to roll back the years and improve your overall appearance.

How do ears age?

Ears get bigger as a person ages - in fact, it’s possible to calculate someone’s age from the size of their ears. According to one study, ears increase in size by an average of 0.22mm per year - around 1cm over 50 years (watch this incredible time-lapse video of ears ageing).

This increase in size is not because ears continue to grow, as is commonly thought, it’s due to the breakdown of collagen and other fibers in the skin and cartilage of the ear. As the skin loses elasticity over time, it succumbs to gravity and the tissue of the ears sag and stretch. The result is that ears appear larger. Earlobe sagging is often made worse by years of wearing heavy earrings.

What is earlobe rejuvenation surgery?

Earlobe rejuvenation surgery (also called earlobe surgery or a lobe lift) restores the youthful shape of your ears by repairing damage such as stretching or sagging. Excess skin is surgically removed and the earlobes are reshaped and repositioned, leaving barely any scarring.

The procedure can also correct earlobes that have been ripped by heavy earrings or stretched-out (gauged) by other types of ear piercings. Lumps and bumps from keloid scarring can be removed, while the appearance of wrinkling is improved by tightening of the skin.

If you have one earlobe that is bigger than the other, any asymmetry will be corrected restoring balance to your face. If you’ve had a facelift in the past and suffered pixie ear deformity (where the surgeon has pulled the skin too tight and the earlobes appear elongated), this can be addressed by earlobe rejuvenation surgery.

If you also want to change the projection of your ears (how much they stick out) or the shape of the cartilage, you can have a more extensive, but still straightforward, otoplasty (learn about otoplasty surgery).

How much downtime is needed after earlobe rejuvenation surgery?

The great thing about earlobe rejuvenation surgery is that there’s next to no downtime required. It’s carried out under local anesthetic, which means you’re awake during the procedure (but can’t feel any pain).

The surgery itself is straightforward and can be completed in as little as 20 minutes to an hour. You’ll be able to leave the clinic immediately afterwards, drive yourself home and even return to work. Although you may wish to take a couple of days off as you will need to wear post-surgical bandages for 48 hours.

You may experience some swelling and bruising but pain from earlobe rejuvenation surgery is very minimal since it only concerns skin and fatty tissue, not muscle. You’ll be able to manage any pain with over-the-counter painkillers and, if dissolvable sutures are used, you won’t need a follow-up appointment.

The benefits of earlobe rejuvenation surgery

Earlobe rejuvenation surgery is not only about looking younger - it’s about having the confidence to wear your hair in different styles and the option of wearing earrings again.

Two to six months after your earlobes have been repaired, you’ll be able to have them repierced. The piercing can be done close to the original site, but to the side of or above the scar, to avoid risking a future tear.