A mini facelift corrects signs of aging in the lower face and may also be known by a variety of other names such as weekend facelift, S-lift, or limited incision facelift. Although specific details of these procedures may vary, they are variations of a mini facelift, which is so-named because of the decreased length of surgery and recovery time compared to conventional facelifts and the short s-shaped incision placed in front of the ear. Signs of aging in the face occur for many reasons, such as heredity, skin type, sun exposure and lifestyle choices. An aging face can give you a tired appearance or falsely express feelings. A mini facelift restores the youthful appearance of the lower face by correcting sagging skin and eliminating areas of excess fatty deposits along the jaw line. The best candidates for a mini facelift are typically between the ages of 40 and 55, with mild to moderate amounts of loose skin in the lower face. Individuals with significant amounts of loose skin may be better candidates for a conventional facelift. 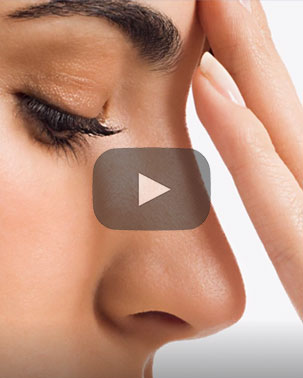 Unhappy with your nose?
Want to know what’s possible with a non-surgical nose job? Injecting dermal filler can change the shape of your nose …