Dr. Paprottka is a listed member of the Spanish and German Society of Plastic & Aesthetic Surgery (SECPRE & DGPRÄC).

After his medical studies in Muenster (Germany) with additional international clinical training in Prague (Czech Republic), Zurich (Switzerland) and Sydney (Australia), Dr Paprottka received his medical approbation in 2010 and finished his doctoral thesis in 2011 on the topic of embryonic stem cell research and regenerative cardiac therapy approaches in cooperation with the Cardiology Department of the University Clinic of Muenster and the Max-Planck-Institute for Biomedicine.

In 2015, Dr Paprottka was honoured at the PRS Best Paper Awards in Boston (USA) for his scientific work on the field of skin cancer formation after tattooing and in 2016 he was elected into the Executive Committee of the EPSRC, the largest European plastic-surgical research community. Hereby in 2016 he became the treasurer of this important organisation and in 2018 additionally also EPSRC Vice President. During 2015 - 2017 Dr Paprottka has been the elected leader of the German Plastic Surgery Residents Association and was a member of the Scientific Committee of the German Society for Plastic, Aesthetic and Reconstructive Surgeons (DGPRAEC).

In 2017 Dr Paprottka joined the Ocean Clinic Team in order to complete his residency training program. As Senior Resident he was intensively trained broadly in all Aesthetic Surgery techniques including facial and breast surgery, bodycontouring procedures, and conservative cosmetic treatments such as Filler and Botox.
In 2018 he passed the European Board Exam for Plastic, Reconstructive, and Aesthetic Surgery and is since then listed as a board-certified Plastic Surgeon (Fellow of EBOPRAS). Moreover, the medical colleges of Hamburg (Germany) and Malaga (Spain) entitled Dr Paprottka to be a surgeon in the medical field of Plastic and Aesthetic Surgery and he is listed since then as a complete-certified and -qualified Plastic Surgeon in these countries.
During his career Dr Paprottka has hold numerous speeches at Plastic Surgery Congresses all over the world. Since 2017 Dr Paprottka helped to organise, as part of the Scientific Committee, the Marbella Summer School, welcoming annually around 150 international Plastic Surgeons for an intensive academic exchange at the beautiful Costa del Sol. Together with Dr Kaye he has published e.g. new techniques on facial rejuvenation and various other publications on aesthetic topics in international well-known scientific journals. Dr Paprottka is also a frequent Scientific Reviewer for JPRAS, the most important European Scientific Journal for Plastic and Aesthetic Surgery. Dr Paprottka’s scientific publications. 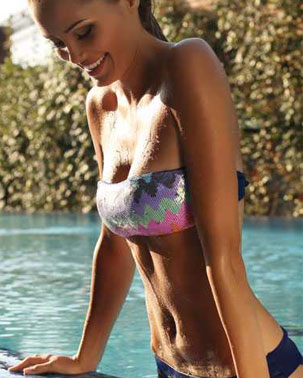